Oh, Banned Books Week: I forgot to plan for you. Forgive me, Book Gods, for I have sinned. Consider this my confession.

Additional Confession: I am a fan of terrible, obnoxious puns. So our snacks for this program were all themed around the titles of banned books: The Chocolate War, A Clockwork Orange, The Catcher & The Rye. 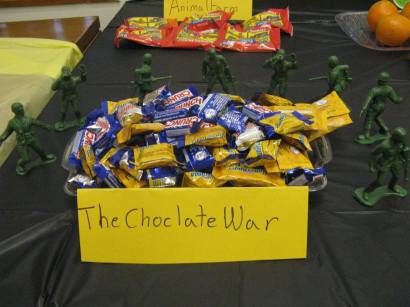 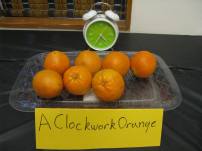 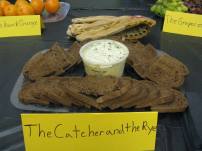 Punny. So very punny. I couldn’t help myself.

It is a truth universally acknowledged that teens are obsessed with buttons. The button maker never fails to be a favorite at any program. So I whipped up some Banned Book Week button images, let the teens additionally design their own images using templates, and then cut them loose to create. 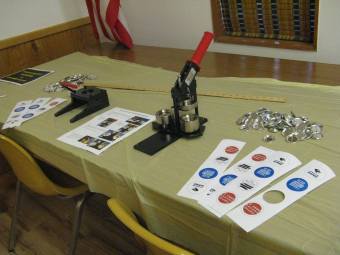 Every year, I create a “Blind Date with a Banned Book” display. I wrap the library books in butcher paper, leaving only their barcodes exposed, and write the reasons each book was banned on the butcher paper. It is a HUGE attention grabber at our library. Patrons love to try and guess which books are on the display, but we don’t let them rip off the paper until they check it out. 🙂

So, naturally, I moved the YA section of our display into the room for our Banned Book Bash. I also created a mugshot poster so the teens could “get caught” reading banned books.

I pulled three banned YA novels that had been turned into movies and let the teens vote on which movie they wanted to see. They chose The Perks of Being a Wallflower.

The teens who came had a lot of fun and it was a great opportunity to talk about censorship and intellectual freedom. I think we’ll bring this one back again next year. 🙂