I am absolutely thrilled to announce that on March 25th, I’ll be posting an interview with the lovely Skila Brown!

We’ll be exploring her inspiration and writing process for her debut novel, Caminar, which launches the very same day. So to celebrate her book birthday, we’re doing a giveaway! Anyone who reads and posts a thoughtful comment will have a chance to win a signed copy of Caminar.

Yes, you read that right. A signed copy!

For now, I’ll leave you with a synopsis and a few notable blurbs. Caminar is already receiving a great deal of critical acclaim and I’m greatly looking forward to sharing it – and Skila – with you! 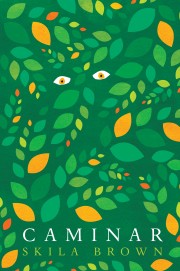 Carlos knows that when the soldiers arrive with warnings about the Communist rebels, it is time to be a man and defend the village, keep everyone safe. But Mama tells him not yet — he’s still her quiet moonfaced boy. The soldiers laugh at the villagers, and before they move on, a neighbor is found dangling from a tree, a sign on his neck: Communist. Mama tells Carlos to run and hide, then try to find her. . . . Numb and alone, he must join a band of guerillas as they trek to the top of the mountain where Carlos’s abuela lives. Will he be in time, and brave enough, to warn them about the soldiers? What will he do then? A novel in verse inspired by actual events during Guatemala’s civil war, Caminar is the moving story of a boy who loses nearly everything before discovering who he really is.

“A moving introduction to a subject seldom covered in fiction for youth… A promising debut.”

You know you want to read it. So be sure to stop by and comment on the 25th for a chance to win it!!